I really was. Despite not feeling very well, and not due to New Year’s Eve for once, I wanted to publish something today. Not because I had much to say, but because I am on a bit of a roll lately and have found that the act of wanting to write something usually pushes something into my mind.

This is in stark contrast to my thoughts a few months ago, where I chose to keep quiet unless I had something to say. However, I have found that my motivation needs a bit of a prod even now and again. Taking some advice from James Clear in Atomic Habits (via Chris Hannah) sometimes I have to want to be a writer and take on a writer’s identity to actually do some writing. 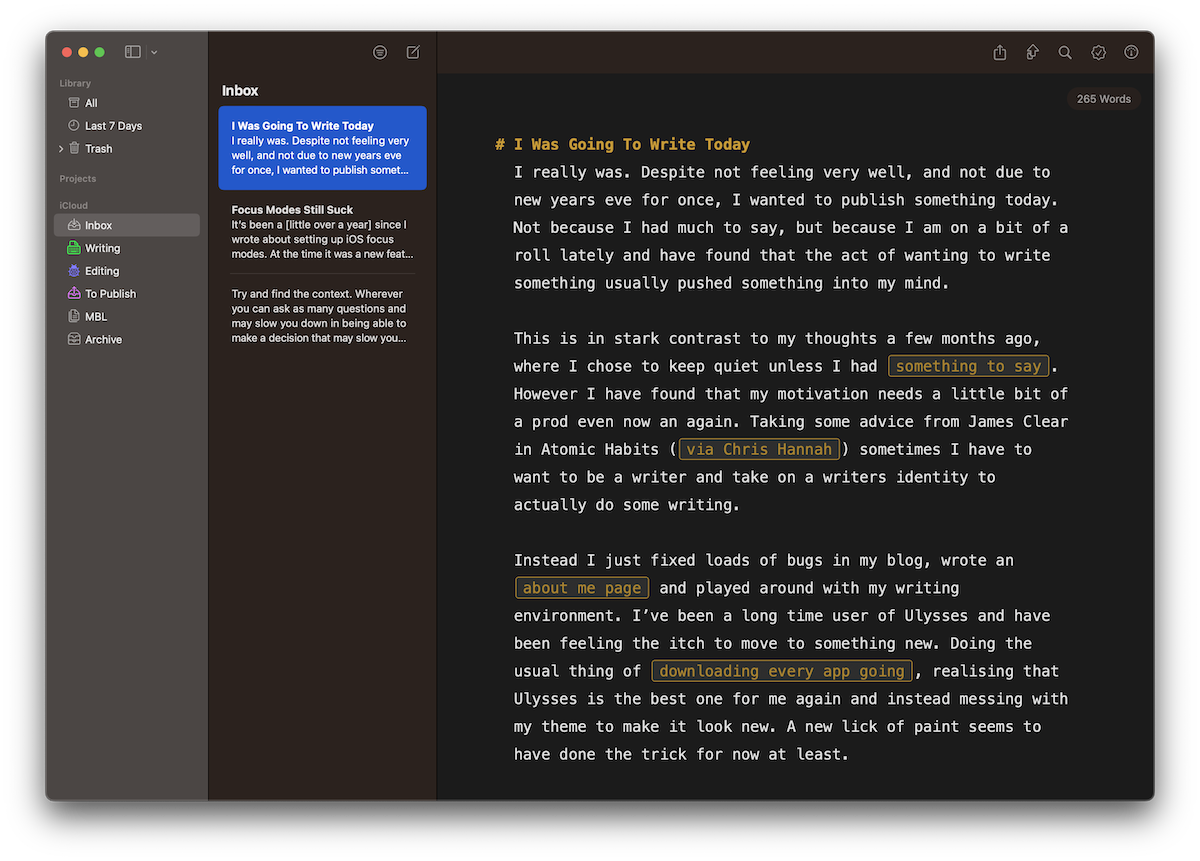 Instead, I just fixed loads of bugs in my blog, wrote an about me page and played around with my writing environment. I’ve been a long-time user of Ulysses and have been feeling the itch to move to something new. Doing the usual thing of downloading every app going, realising that Ulysses is the best one for me again, and instead messing with my theme to make it look new. A new lick of paint seems to have done the trick for now at least.

Hence, this post started out as a test to see whether I liked the new theme or not. So in a round about way I did what I set to do, just not in the way a ‘proper writer’ should do. Or maybe they do, fart about and do other things until inspiration hits them? I have no idea, but getting things done in your own way doesn’t really matter as long as the thing gets done — and I had fun doing it.

My health and well being has always been a huge focus for me. I have been an avid runner, …

The Verge have been accused of many things, read some comments on posts and they switch between …